Itas Diatec Trentino reached its fourth consecutive Final Four of the Italian Cup with a win against Sir Safety Perugia 3:1. Perugia had a good third set. Emanuele Birarelli was the MVP, Jan Stokr had a great game. 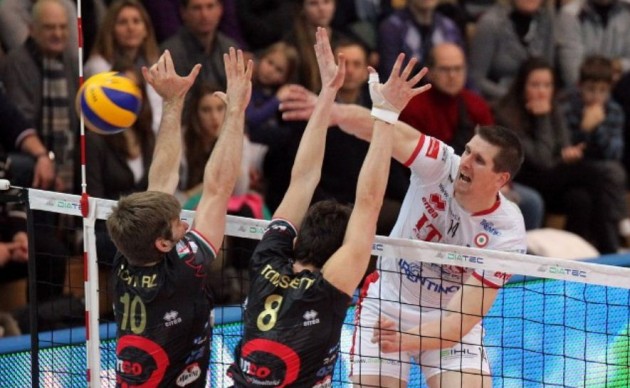 Emanuele Birarelli was the MVP, he had five aces in addition to many powerful blocks, as well as a decent 67% (6 of 9) in the overall attack, a remarkable total of 16 points. Jan Stokr also had a good game: 25 points, 3 blocks, 52% and +15 efficiency.

The clearest difference between the two teams was seen in the block: 15 blocks of Trento against the 3 of Perugia (made in their entirety by Tomassetti), aces, 11 compared to 3. Tomassetti was the best in coach Kovac‘s team (13 points, 64%, 3 blocks and 1 ace), Semenzato had 67%, but with just 2 balls materialized, Petric had 13 points, 43% in attack and 1 ace.