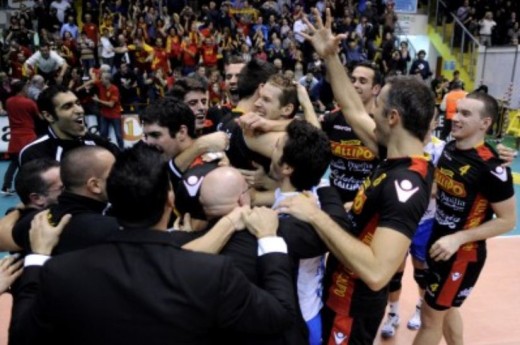 The challenge within the challenge, was between Sokolov and Klapwijk, leading scorer in the league, the Dutch player won, voted MVP of the match, and was the best scorer of the game with 18 points and 72% attack. Sokolov scored 6 points with modest 26% in attack. Tine Urnaut had 45% attack with 11 points, 1 ace and 1 block. Kaliberda had 9 blocks and was supported by the performance of Buti (4) and Forni (3).

For Cuneo, Ngapeth and Wijsmans did’t shine despite 11 points each, while Antonov scored 10 points with 60% attack. Vibo had better attack percentage (58% attack against 45% of Cuneo).