Valentina Diouf will remain in red and blue for two more seasons. Valentina will stay in BERGAMO until season 2014/2015. This and other volleyball news read on Worldofvolley.com. 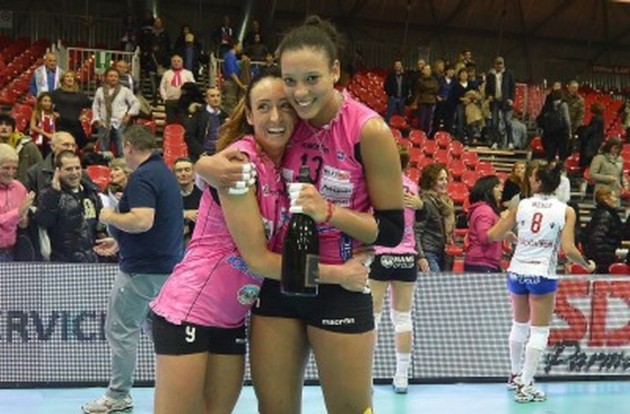 Valentina Diouf came in BERGAMO two seasons ago and he immediately got noticed. Not only for its two hundred and two centimeters in height, but also for the great skill in attack and defense.

“My growth process is not finished yet. I chose with enthusiasm to still be part of the Foppapedretti project. I found myself here, this place is perfect for me. I think to be able to give a lot to the team and the team can give a lot to me” said Valentina.

“After a first year of adjustment I take the field as a starter. Injury aside, it was a major championship for me. I grew up in everything, even to control my emotions in the most important moments of the game. Being part of a young team helped me to join the group with less difficulty, but I have not yet so much to learn. However I have one year as a starter maybe I will I give something to the young people who come. I always grow as well as technical and tactical level” added Valentina Diouf.