WL M: Italy and Iran to battle in Modena

Italy and Iran face off in their first match of the 2013 FIVB World League on Friday at Palasport G.Panini Casa Modena. Italy is at the top of Pool B with 15 points in six matches. 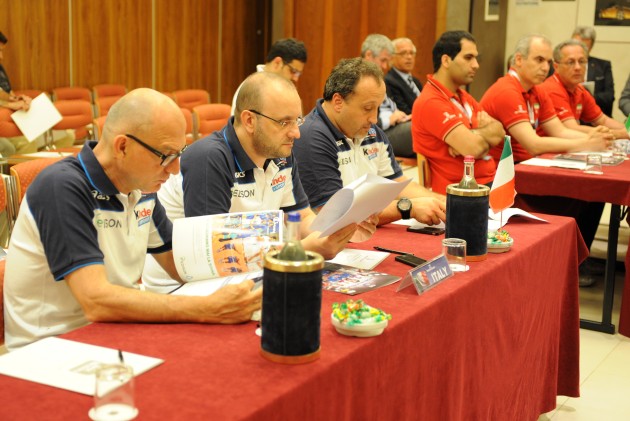 Italy is at the top of Pool B with 15 points in six matches, but the team may have a shortfall in their team this week, as Italian opposite Ivan Zaytsev injured his left ankle during last week’s against Russia. It is yet unknown if he will play against Iran.

“Now all the matches will be decisive and we are at the top of Pool B,” said Italian coach Mauro Berruto. “Before the World League this situation was not expected and now we will play two matches at home. Our target now is to remain at the top of the Pool B and reach the Final Six. We needs points to confirm our ambitions. Iran is a strong and competitive team, and they’re playing good volleyball now that they’re getting used to international matches.”