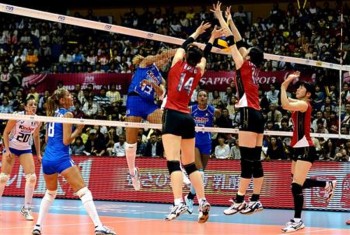 Japan defend against a spike from Italy’s Valentina Arrighetti

Japan and Italy are ranked third and fourth, respectively, on the FIVB world ranking and before Wednesday, Japan had only lost one of their last five World Grand Prix matches against Italy.

Also, see the WoV Community profiles of Japan and Italy.

WCHJ M: Argentina on to quarterfinals with 3-1 win over China

Modena on incident in which Ngapeth was...