BOLOGNA –the Consulate of Club of Series A1 and Series A2 was held today in Bologna. 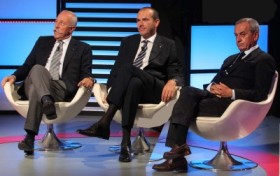 There was confirmed the decision taken at the Consulate held last November 11 in Monza, when it was discussed about the plan to reduce costs for volleyball top.

The project, which will then be submitted to the Federation, will start from season 2012/13.

The State Council has entrusted the mandate to the Board of Directors of the League to prepare the final project.

This will be presented to the Assembly of Associates that will be convened before the end of February.

GER M: Friedrichshafen: No fear, but with respect