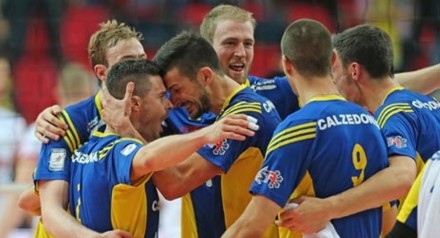 It was a very important match for both teams in their battle for the better position before playoff. Verona lost to Perugia in the first part of Serie A1 and in the national Cup, but beat them in the 18th round in the league.

Verona almost blew it because it led 2-0 in sets and allowed the opponent to come back, but they had Taylor Sander with 24 points. With his help they won after the tie-break. Christian Fromm’s 27 and Aleksandar Atanasijević’s 26 points weren’t enough for Perugia.

Cucine Lube Banca Marche Treia surprisingly easily beat Copra Piacenza away in straight sets thanks to Giulio Sabbi’s 18 points for the third win in a row and even without Bartosz Kurek (has a flue virus).