Matteo Paris will not play in Copra Piacenza as it was announced, two weeks ago. 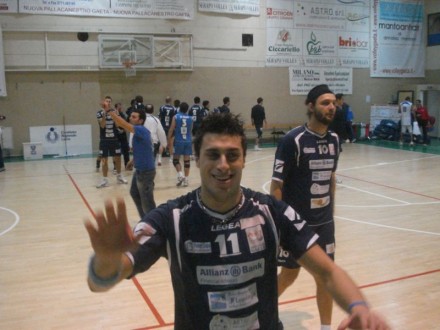 The setter trained with Piacenza and was about to sign for the participant in the Champions League Playoff 12, but according to him, his ex-club Top Volley Latina stopped the transfer.

„And here I am, back in Piacenza. Just finished training, but this time with a different spirit and the knowledge that this dream is already over!… After thousands of questions that accompanied me, I realized that I’m finally a player who earned the call of a team such as Piacenza which had only one chance on the market and chose me before the names like Simón and Savani…“ he wrote.

„Everything ends and I blame Latina with which I had terminated the contract after being discharged like sh** without even receiving a phone call and now they decide to ruin my career even more! Now they tell me that there is a rule from the Federation and that I cannot do anything about it, so I missed my chance, money, my dreams and wasted a year full of sacrifices! There is this rule, but there is no good will on the part of Latina and its sporting director who failed to warn me. Indeed it was dumb from him! Now what?“ Paris added.

hahahah! Now you can only complain to Magri!