After spending three seasons in Modena, Serbian receiver decided to leave the team! 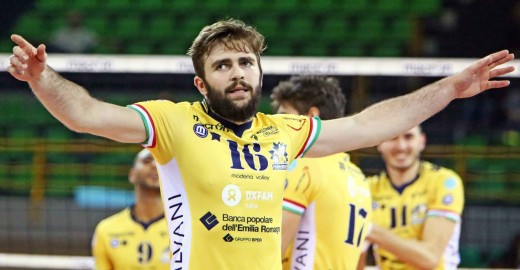 Uroš Kovačević is the new player of Verona! He will play in this team with his teammate from the Serbian national team, Saša Starović.

In previous three seasons, the younger brother of Nikola Kovačević wore a jersey of Modena. They won national cup and were close to win the title, but Trentino was much better in the final series and won the trophy.

Now, Uroš moves to Verona where he will try to help the team to make at least step forward in the Italian Serie A1 playoffs. Verona reached quarterfinals in the last season.

Ricardo Lucarelli for WoV: “I want to play in Europe one day, perhaps in Italy…”