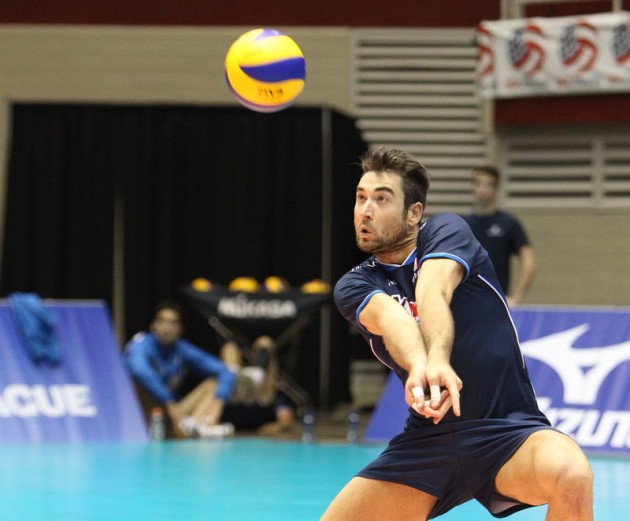 Going into the match, neither Italy (5-6) nor Korea (1-10) had a chance of winning Pool C and advancing to the World League Final Round. Nevertheless, they both played with intensity.

Italy came out firing and led 8-5 at the first technical timeout and increased that to 16-10 at the second. Korea never rallied. Ivan Zaytsev scored six points for Italy in the first set while Kwang–In Jeon had four for Korea. Korea led in spikes, 10-8, but Italy led in blocks, 3-1, and aces, 1-0. Italy scored 13 points on Korean errors.

Italy led 7-6 in the second set when Korea scored six straight points, including two attacks and a block along with three Italy errors. Savani ended the run with an attack, but Italy never led again. The European side pulled to within one at 17-16, but Korea answered with three straight points, including an attack and two Italy errors, to lead 20-16. Korea reached set point at 24-20 and won the match when an Italian spike went long. Korea scored on 10 Italy team errors while committing only four.

Korea led 20-16 in the fourth set when Italy called timeout and got the ball back on a Lasko kill. It went on to score three more points on an attack, ace and block to tie the score at 20-20. The teams battled back and forth. Korea reached set point first at 24-23, but then tied the score with a service error. Korea reached set point three more times, but each time Italy tied. At 27-27, Korea’s Jeong-Hwan Kim scored with an attack and Hong-Suk Choi sent another spike off Italy’s block to win the set.

Italy came out firing in the tie-breaker and grabbed a 4-2 lead. Korea called timeout, but Italy scored four more points behind the serving of Travica, who had an ace in the run that gave the European side an 8-2 lead at the side change. Korea pulled to within three at 12-9, but Italy reached match point at 14-10. Korea scored twice on an Italy service error and a tip before Italy’s Giorgio De Togni won it with an attack.

ITA M: Macerata – Trentino for the...

Ivan Zaytsev announces – “Welcome to my...