Vero Volley Monza, one of the potential surprises in the Italian championship in the season 2015/2016 presented their roster. 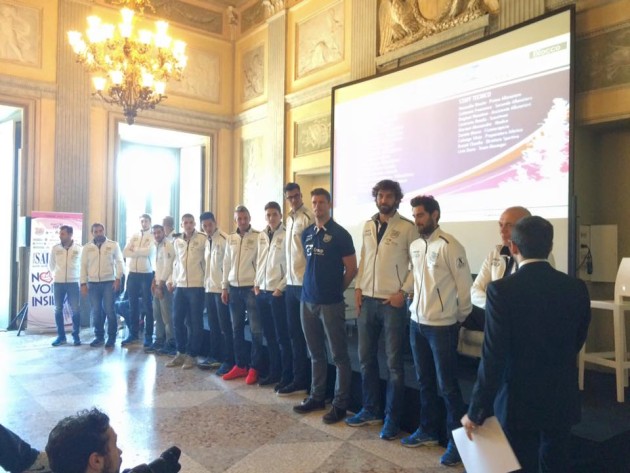 On their second participation in Serie A1, Monza will aim one particular achievement. Led by Argentine coach Oreste Vacondio, they will try to qualify for the playoffs, for the first time ever.

Monza management did a great job in the summer transfer window by extending contracts with Serbian setter from the 2015 Eurovolley Nikola Jovović and members of Italian national team – Iacopo Botto and Andrea Galliani.

Also, Monza hired several great players: Belgian internationals Pieter Verhees and Tomas Rousseaux (both played at the 2015 Eurovolley) and Andrea Sala (its 15th consecutive season in Serie A1) are among them.

But, it seems that two real jackpots are signings with Brazilian and Chinese opposite hitters: Renan Buiatti (gold medalist from the 2015 South American Championship) and young Gao Qi. First will bring the quality while the second could attract interest from Chinese media and sponsors.

Daejeon coach doesn’t like fair-play: Pissed off when his player admitted mistake! (VIDEO)

ITA M: Perugia has done it!