One of biggest favorites to claim the 2016 FIVB World League crown are about to begin preparing for the Final Tournament. 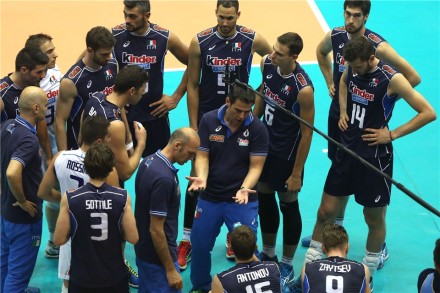 Upon returning from Tehran, Iran where it was engaged with Week 3 of World League preliminary round, Italy’s Nation Team will begin preparing for the Final Six at the “Olympic Training Center Giulio Onesti” in Rome, on Wednesday, July 6.

Head coach Gianlorenzo Blengini and his wards will stay in Italian capital until Monday, July 11, when they will depart for Kraków, Poland for the F6 (July 13-17).

Blengini has called up the same 15 players who participated in Week 3 when they won the berth for the Final 6: