AsystelCarnaghi VILLA CORTESE will debut in the prelims of the 2013 CEV Volleyball Champions League against Atom Trefl SOPOT. You can read all relevant news from volleyball world on Worldofvolley.com. 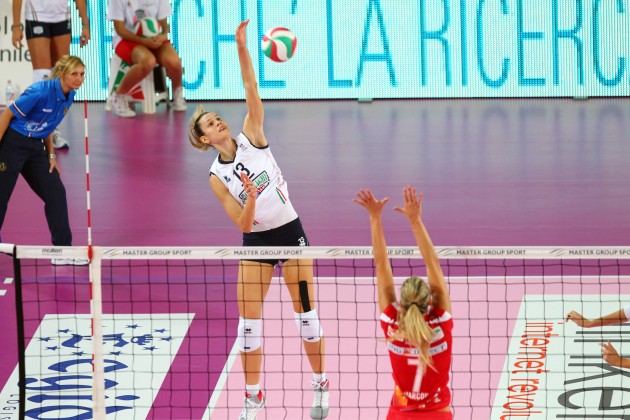 Anyway everything is ready for the home debut of the side that last year finished fourth after making it to the final four in Baku. The group is mentored this season by Gianni Caprara, the man who anchored Russia’s national team to a gold medal at the 2006 World Championship in Japan. “We have put together a totally different group than last year, much younger but still with a huge potential” says club president Gian Carlo Aliverti. “Our players have to work hard and develop their skills. Last year we qualified for the first time to the final four and got to know the real flavor of this elitist competition. We still have some great memories from those days we spent in Baku and even though we know it is going to be very difficult, we still want to try to make it there once more”.

Caprara, who won the trophy in 2005 as he was at the helm of Volley BERGAMO and was the assistant coach of that same side as the group claimed the Champions Cup in 1999 and 2000, is fully focused on this new experience: “SOPOT has got a good team. Rachel Rourke, Erika Coimbra and Anna Podolec are all very dangerous spikers, so we have to stand their pressure with our block”.