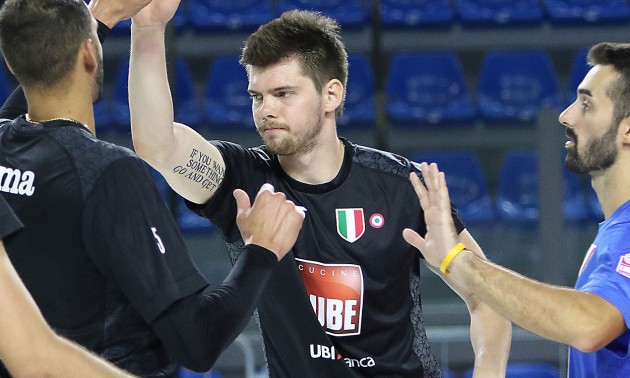 Cucine Lube Civitanova announced on their website, that they have made an agreement with 192 cm tall Croatian player for the next season. He will be the second setter of the team since the Frenchman Pierre Pujol got a back injury during the first training with his new team.

“I was initially called to help the team and now I have accepted the opportunity that has been created,” said Zhukouski after signing the contract:

“I’m sorry about the problems that Pierre Pujol has, he opened this door to Lube and when a club called me, I couldn’t say no. I played several times against my new team, I discovered the company eight years ago thanks to my former teammate Igor Omrcen. It will be a new job for me, but I will do my best to help the team in so many games that are waiting for us. I think I can give something more to Lube. “