The Korean Volleyball Federation (KOVO) held the draft that determined which foreign players will compete in the women’s V-League next season. 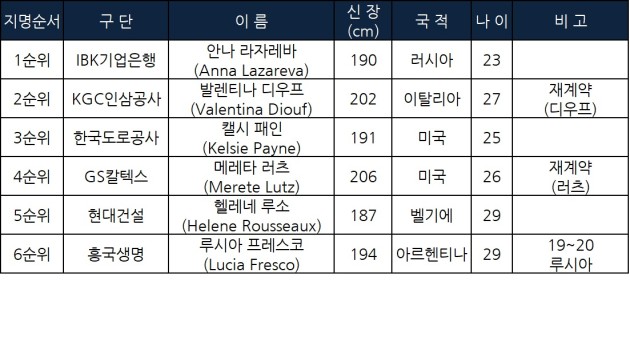 Three foreign players remained in their respective V-League clubs for one more season, while three more found their ways to contracts through the draft that was held in Seoul and for which 45 players applied.

These are the results of the men’s draft.

INTERVIEW: Jasmin Sneed for WoV – “My goal is to play for the USA NT”