The negotiation end date was the 21st. However the conclusion was a fall through. HKL and Kim Yeon-Koung are drawing a parallel again. This and other volleyball news read on Worldofvolley.com. 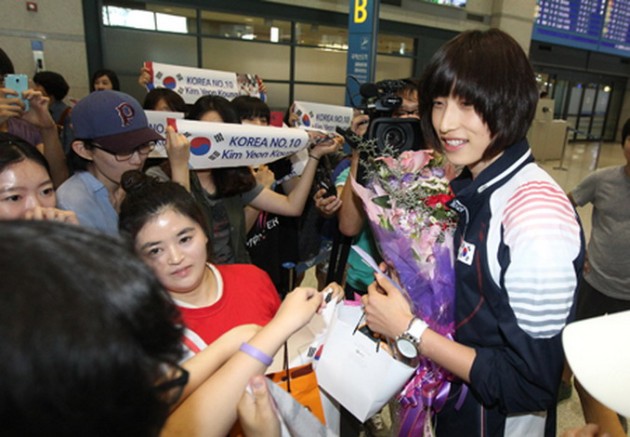 This negotiation is based on four solutions derived by the meeting hosted by the Ministry of Culture, Sports and Tourism regarding Kim Yeon-Koung‘s status problem back in October 22nd of last year. Among these includes the conclusion understanding that according to current regulation, Kim is under HKL, within three months, a contract regarding foreign transfer needs to be resolved.

First of all, the first friction was the willingness to negotiate. HKL says they were active. They have attempted to send Kim correspondence, email, text message, etc. to proceed negotiations. But they say Kim was unreachable. They say she contacted them 10 days before the three-month period was closing. Kim’s side says otherwise. They wanted to hear from KVA affiliates directly before giving an answer. At the time, the affiliate was away on business, so Kim’s side has met him twice after on December 22nd and January 5th.

After that, Kim’s side sent three requests to HKL to be answered.
1. To keep the promise made with affliate entities during the parliamentary inspection.
2. The contract with HKL in order to comprise the lease form must be made keeping the original contract made with Fenerbahce. (As promised, there cannot be changes or additions made)
3. KVA’s official document on November 23rd of last year stating “if Kim does not agree to this they will not issue 2013-2014 season’s ITC” is an unfair request by HKL and if the negotiation cannot be resolved by the given time limit, KVA must take this into consideration and guarantee that there is no future damage.

HKL, on the 18th, visited Fenerbahce in person to wrap up Kim’s contract. Kim Jang-hee of KOVO’s manager of game support team accompanied him. However, Kim’s side says HKL ignored the protocol of visiting. Commonly if Club A’s affiliate were to meet with Club B’s affiliate or player, they need to notify through an official correspondence then after confirmation, making the visit is according to protocol.

Their stance on what happened after the visit is also split.

HKL say they offered Kim two years abroad then returning to Korea. When this offer was not accepted, HKL claims they offered Fenerbahce Kim’s complete transfer. It’s been said KOVO’s manager Kim was very surprised. HKL stressed their offer of $1 million in transfer fee in comparison to other sports international precedents is very low. Even so, Fenerbahce stated transfer fee is customarily 5~7%, offering a ridiculously low rate, so HKL refused discussion.

Kim’s side refuted. They say ”HKL saying they offered Kim two years abroad then returning to Korea but she refused” is not true. The point is that HKL‘s general manager Kwon didn’t make such offer. Also, they say Fenerbahce was quite surprised by the unexpected offer of transfer fee for complete transfer. Commonly in volleyball, in the case of foreign transfers, most players sign with 1-2 year terms. It is true they are free to move around after the time is up. This is the reason Fenerbahce could not agree to HKL’s offer. Even with that in mind, Fenerbahce formally accepted the sales offer to pay 5-7% of her current salary. The reason Fenerbahce considered the complete transfer offer was in consideration for Kim going through hard times with HKL.

Kim’s side also revealed that general manager Kwon got a warning from Fenerbahce. Kwon was trying to follow Kim around her training schedule saying “The negotiation needs to be wrapped up. Is training really important right now, there is no use playing in Fenerbahce if the negotiation is not done. It’s not important to go to Poland. We can go to Poland.“ They shared that Fenerbahce warned him saying, ”The most important thing to the player is the training. We cannot make the player uncomfortable prior to the game. If you follow us to Poland, we will never allow you to be in contact with the player.”

If this is the truth, this is an international disgrace. From getting on a flight to Turkey without any prior notice to trying disturb training is cutting away the credibility of Korean volleyball to the world. Where is the end to this deeply divided and conflict fight for truth?

CEV CL F: Eczacibasi moves to next round after five-set thriller