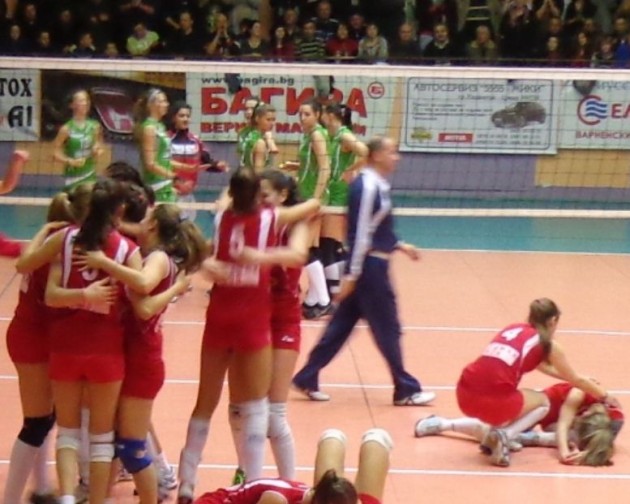 The hosts completely dominated the first two sets that they won with 17:25.

In the third set, both teams played point for point until the first technical break. But then CSKA was the better team on the field and won by 19:25.

In the fourth it was a real battle, and CSKA was better in the finish 26:28.

The battle continued in the tiebreak. Hosts gave their best but failed. At 13:15 CSKA cheered, tears were in the eyes of the both volleyball team’s players.

Gergana Dimitrova was the best player with 24 points (3 blocks, 3 aces, 39% efficiency in attack), for the winners Simona Dimitrova added 23 points (3 aces, 48% efficiency attack). Sylvia Kyoseva impressed with 7 blocks. Slavina Koleva was the most effective in Kazanlak with 20 points.