USA volleyball Federation choose coach who will lead the U.S. national team to the Olympic Games in Rio de Janeiro. New coach of the U.S. men's national team is John Speraw who will replace in this position Alan Knipe. This and other volleyball news read on Worldofvolley.com. 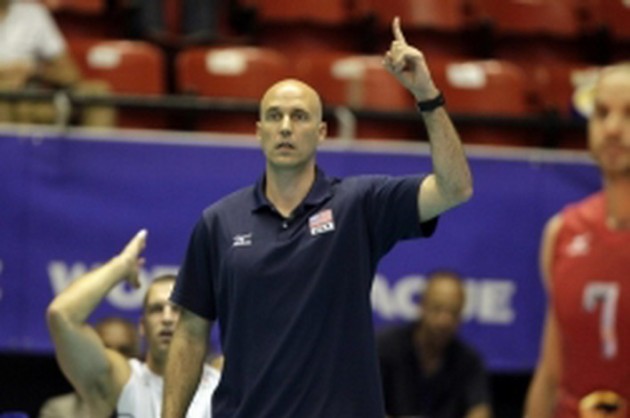 The agreement was signed until the end of the Olympic Games in Rio de Janeiro. Speraw will continue at the same time to work in the university team of UCLA Bruins.

“I am honored that I will be able to lead this talented group of athletes and at the same time I thank my university for their support and allowing me to take advantage of this huge opportunity” said the new coach. “Our goals for this season are World League and the Pan American Cup.”

Speraw joined the national team coaching staff in 2007. In 2008, together with the national team led by Hugh McCutcheon went to Beijing where the Americans won gold medals. Later he worked with the first team regularly. During the World League in 2012 in the absence of Alan Knipe he led some away games. As an assistant coach of the National Team he went to Olympic Games in London.

“John has nearly a decade of experience and knowledge of the games both at international and national levels. I’m looking forward to work under his guidance and care. I know his work system and his coaching skills” commented the U.S. national team libero Rich Lambourne.

ITA M: Vibo is one to go through

MONTREUX 2016: China without mercy against Belgium