WCHJ M: No winless teams in Pool B after Mexico beat Estonia in Ankara

Mexico was the last Pool B team without a victory before their game with Estonia on Saturday afternoon at the FIVB Volleyball Men's U21 World Championship in Turkey. However, this is no longer the case as the NORCECA side defeated their European opponents by 3-1 (25-22, 25-19, 17-25, 29-27) at Baskent Volleyball Hall in Ankara. 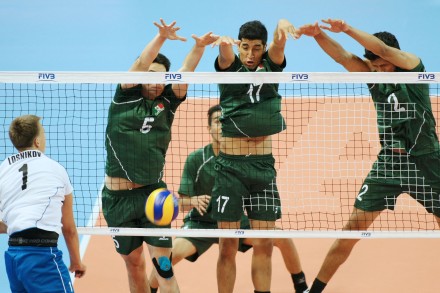 The block was Mexico’s strongest weapon against Estonia

Mexico’s attacks were more productive than those of Estonia and the North American team took control of the first set. The Europeans managed to catch up momentarily after the second technical time-out, but the Mexicans broke away again to finish it off at 25-22. Estonia took charge in the beginning of the second set, but could not hold on to their advantage. Mexico’s Jose Martinez did a superb job in both serving (3 aces) and blocking to help his team turn things around. Jorge Lopez’s team prevailed for the final 25-19 with a powerful spike by Roberto Rincon for the last point.

Set three belonged to Estonia. Some great spiking from Renee Teppan and substitute player Denis Losnikov gave their team the edge in this set. Urmas Tali’s team won the set by a convincing 25-17 to stay alive in the match. The fourth set was by far the most interesting one. Estonia took the leading role through most of the set and at 24-22 everything seemed set for a tie-breaker. However, the Mexicans won the next three rallies to prompt a rollercoaster ending of the set and they were the ones that got off the ride victorious after 29-27.

Renee Teppan scored 18 points for Estonia to become the game’s top scorer. Ivan Molano Rueda was the best scorer for Mexico with 16 points.