Andrey Zhekov will receive a call to the Bulgarian national team after the New Year, if he is in good shape. 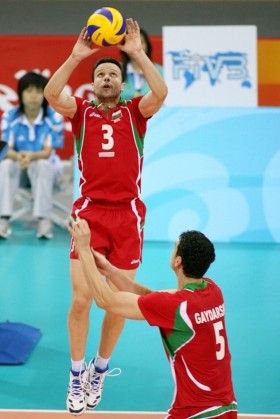 Bulgarian head coach Camillo Placi talked to the setter about his return to the volleyball. Zhekov refused to play for the national team at the Olympics in London.

Consequently the setter was without a club until he decided to return to the volleyball with a Romanian team Tomis Constanţa.

“I heard from Andrey and he said that he would like to play volleyball again. I wished him to come to shape quickly and expressed my satisfaction that he comes back. Some heavy trainings are waiting for him after such a pause. I will assess him before the next competitions of the national team and if he is in form, I might return him to the national team,” said Placi.

See the WoV Community profiles of Zhekov and Bulgaria.

YOU SHALL NOT PASS: Three blocks in...