Portugal's 2013 Volleyball Men’s Supercup will be disputed at the Pavilhão Municipal de Desportos de Vila do Conde at 21:00 (local time). The match will be covered live by SportTV. 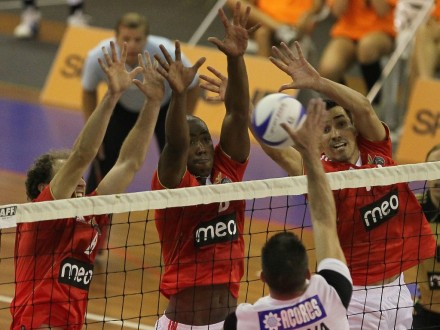 Alexandre Afonso (AJFB coach): “I don’t believe there are any favorites, as both teams want to get their hands on the trophy. It will be a balanced match with an uncertain ending. Above all, I’m hoping for a good show.”

On the other side of the net will be Ricardo Perini (setter) who has worn the colours of Fonte Bastardo and moved to Benfica this offseason.

“It will be a very difficult match, because Fonte Bastardo improved its roster, like we did. It will be a good match as both teams want to win despite not being yet at maximum form. We’re growing as a team. The roster is good and we’ve maintained most of the players from last season. I arrived this year and I’m very happy what I’ve been experiencing here”.