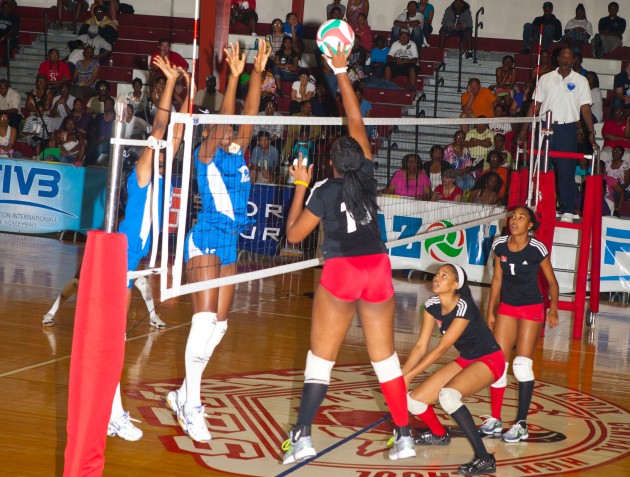 The offense of Trinidad and Tobago proved to be too strong in the final match against U.S. Virgin Islands at the CAZOVA Women’s Junior Championship

Trinidad’s Head Coach Macsood Ali said he had predicted his team would win the championship because his blocks were strong and tall. He credited Thompson and Captain Prescott for their strong attacks to put his team on top.

USVI’s Head Coach Sacha Gumbs said: “Trinidad was a strong team. I congratulate them on their win.”

“Our goal was to win the championship but we are very happy that we winning third,” Allee said.

“It will help us develop our game,” Bellot said.