Peter Blangé, the legendary setter of the Dutch national team that won gold at the 1996 Olympics in Atlanta, was recently appointed Tournament Director of the 2015 CEV Volleyball European Championship – Women that the Netherlands will co-host next year together with Belgium. His appointment was announced at the end of an inspection visit where CEV delegates visited each of the cities that will be hosting matches of the Championship. 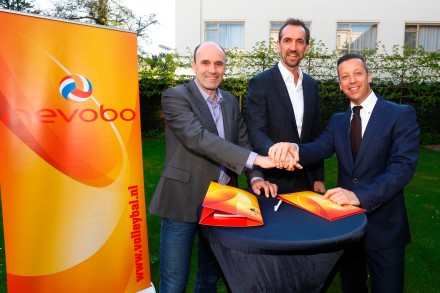 “I feel very honoured with this appointment,” Blangé said. “The plans prepared by the Dutch and Belgian Volleyball Federations as well as by Shivers, the company we will be working with, feature all the ingredients to make a memorable tournament out of this Championship. I am confident that everything will be fine and the outcome will be good. We are very committed to deliver a great Volleyball festival,” he continued.

Blangé is a four-time Olympian who first debuted at Seoul 1988 before his next appearances followed in 1992 (Barcelona), 1996 (Atlanta) and 2000 (Sydney). His gold-medal winning performance at the Centennial Games in Atlanta was chosen as “Sports Moment of the Century” by the Dutch audience. After retiring from competitive sport, Blangé – who spent most of his career in Italy – has been active as a coach, heading both club teams as well as the Dutch national team.

TUR M: Brazilians to leave Halkbank at the end of season?