Cuba improved to 2-0 in Pool B in the NORCECA Men’s Continental Olympic Qualification Tournament by defeating Dominican Republic 25-15. 25-21, 25-15 on Tuesday at the Walter Pyramid in Long Beach, Calif. Dominican Republic falls to 0-2 in the tournament. 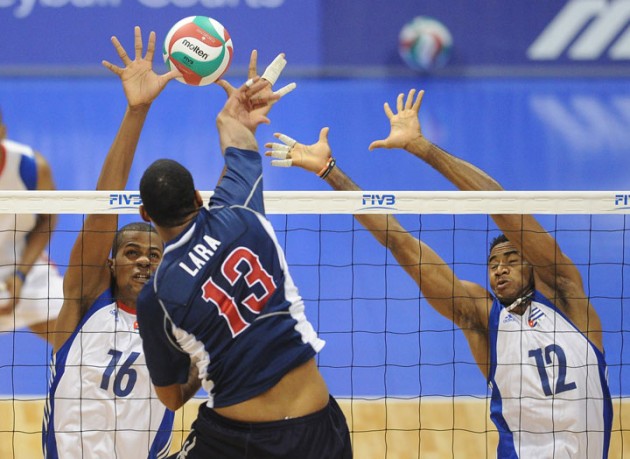 Cuba limited its errors to 11 in the match while taking advantage of 30 Dominican Republic errors.

Cuba also held an 8-3 block margin. Cuba concludes Pool B on Wednesday against Canada at 18:00, while Dominican Republic faces Puerto Rico at 13:00.

“We tried to play better today than yesterday,” Cuba Coach Orlando Samuels said. “We did not play well in the second set, but we came back in the third set and played better.”

“Tomorrow is a big game versus Puerto Rico,” Dominican Republic Coach Jacinto Campechano said. “I want to congratulate Cuba for the game. Cuba players are young, but are very experienced.”