PER W: Not in London, Cristofani’s fault

The failure to qualify for London 2012 has become a nightmare for the coach of Peru's women team Italian Luca Cristofani. 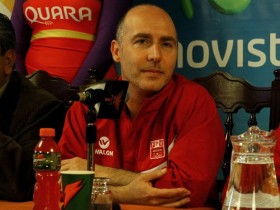 After the failure to qualify for the Olympic games on the tournament played in Japan (1 success, six defeats) the Peruvian federation pointed the finger on the technician, who is according to them (according to the local media) guilty, for not achieving the target.

“The contract of head coach Cristofani was decided to be closed on 31 May 2012,” said the chairman of the FPV, Juan Castro, in an interview.

Who will replace him? For now, Hernan Artieda, who will lead the red and white at the Pan American Cup in Mexico in July.