IRN M: Kovač – We didn’t reach semifinals of WCH because of Iranian mentality

Volleyball Federation of Serbia held the traditional New Year’s coctail where it announced the best players in 2014 in all competitions. As a guest, showed up the head coach of the Iranian national team – Slobodan Kovač. 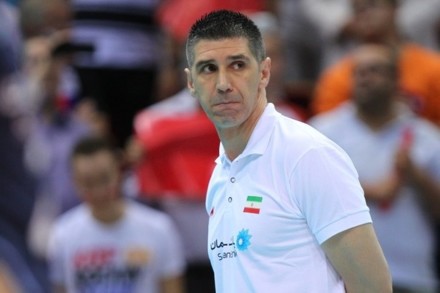 Serbian coach, among other thing, spoke about the success, but at the same time a failure, of the Iranian national team at the World Championship 2014 in Poland. As you know, Iran was very close to win a medal, but ended up sixth in the rankings.

„In my opinion, because of the mentality of the Iranians, unfortunately, we did not enter among the best four teams in the World. It seems that to Asian countries is more important to be the best at the Asian Games than at the World Championship. They had the high premiums for winning the Asian Games and, to me, it seemed like they kept themselves for that competition. So, in the end we went down and did not play the finals at the World Championship as we were seen by many. In my opinion, we played one of the best volleyballs at the moment in the World“, Kovač revealed for the web site of the Serbian Volleyball Federation the main reason why Iran was not at the podium.

„But, we had a great result at the Asian Games (a gold medal). Still, it masks my coaching dissatisfaction, because for me, the World Championship is the number one and only after, the Asian Games. It is certain that the quality in the World is much stronger than in Asia, although it had four national teams participating in the World Championships. I hope that this is a transition and getting to know all of these – the mentality and events in the country. Because I have a contract with Iran until the end of the Olympics, I hope it will be even more successful“, Kovač added.

agree with you boss.

Are you taking money from Peruggia to bring Kovac back ..lube fan

Some people throw rice at weddings, but...