FIVB M: India ready to do the miracle in the World Olympic Qualifications in Germany

India becomes ready to compete with three giant teams for the 2012 London Olympic Games berth when they play against hosts Germany, 2010 World Championship silver medalists Cuba and the historic Czech Republic for one vacancy. 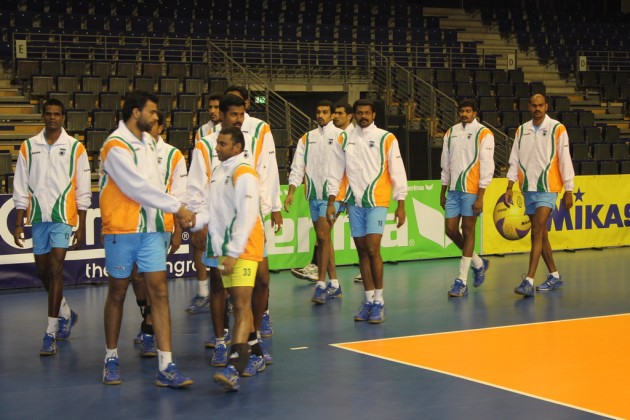 They prepared for the Olympic Qualifier through participating in the China Challenger Tournament where they finished second to the organizer.

The Indian team emerged in the last two years where they achieved good results and succeeded to take on giants Japan twice at the 2010 Asian Games and at the Asian Nations Championship in 2011. This helps to improve their world ranking to the 30th now.

“We are happy to be here with those strong and world class teams and I think we will learn a lot from this tournament. But we are here to compete for the Olympic spot and may be the dream becomes true,”

“The main skeleton of my team comes mainly from the Youth and Junior teams who participated respectively in the 2009 and 2011 World Championships as well as the professionals in Iran League and I want to appreciate the hard work done by the president of Indian Volleyball Federation Dr Sivanthi Adityan who was behind this success.” Said the head coach Sridharan who played to Triviso in the Italian league 1982 to 1986.