EL M: Israeli guys barely miss out on yet another sensation 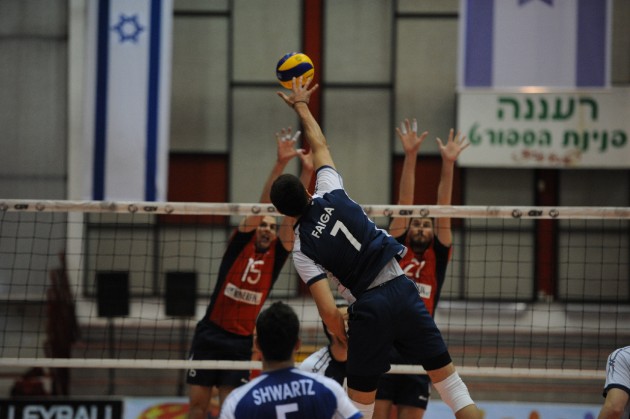 After a very close start (7:7), Slovakia gradually imposed its pace in the opening set (9:13) keeping control of the operations all the way through (17-25).

Supported by Alexander Shafranovich and Tamir Hershko, the hosts moved to the front in set 2 (11:8) before Slovakia restored its leadership with a spike of Milan Bencz (18:19). However, loudly cheered by the home crowd the young Israeli side stayed cool and finished it off at 26-24 for the 1:1.

Another neck-to-neck race followed in set 3 where Israel set the pace for a couple of times (14:12, 21:17) before Slovakia stormed back to level at 21 all. Israel missed out on a set ball at 24:23 and Slovakia eventually showed great composure to pocket set 3 (24-26).

Israel played very aggressive in set 4 but another close final rush capped that section of the game with the score being evened at 22, 23, 24 and 25 before the home heroes closed it out by scoring the next two rallies and calling for the tie-break (27-25).
Israel opened powerfully there (4:0, 6:3) but Slovakia fought back to 6 all; Shon Faiga contributed the provisional 13:11 for Israel but in the end it was Slovakia that showed cool nerves to wrap it up at 14-16.