BELGIAN CUP: Trophies for Asse-Lennik and Kieldrecht – 23,000 fans on both games!

For the first time in the last 15 years the final match of the Men’s Belgian Cup went without two great rivals - Noliko Maaseik and Knack Roeselare. The winner is - Volley behappy2 Asse-Lennik! 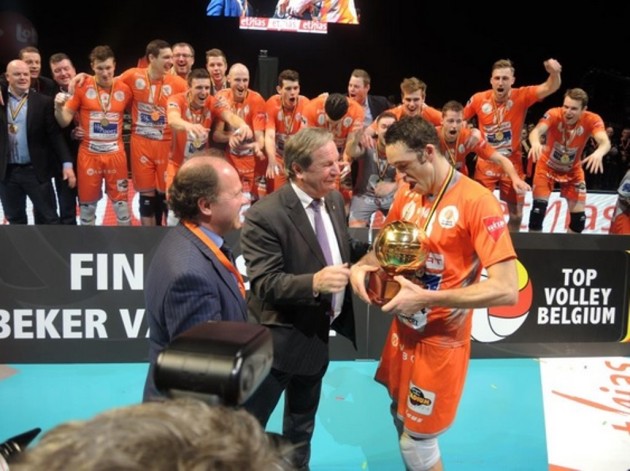 The key of Asse-Lennik’s win on Saturday was in controlling Precura’s main star Marien Moreau who scored only 12 points.

Robbert Andringa and Robin Overbeeke collected 14 points each for the Cup winners.

These teams will set up a Belgian derby in the Challenge Round of the CEV Cup in about two weeks.

The final was held in front of 13,000 spectators in Sportpaleis hall in Antwerpen!

This match was watched by 10,000 fans in the same, Sportpaleis hall!

All the records of attendance in Belgian volleyball were broken last night!

TUR W: Vakif and Fener win even without major players