FIVB forgets to include Slovenia in 2016 World League! 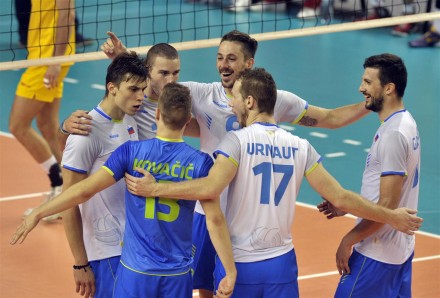 The President of the Slovenian VF revealed a detail on yesterday’s press conference related to the classification of the national team of Slovenia for the 2016 World League.

He received the document from the Finnish VF in which Slovenia wasn’t among 32 participants, although they won this year’s European League and gained the right to play at the WL (Group 3).

The officials of the Slovenian VF weren’t invited on Monday’s draw in Switzerland which was the first shock. The second came when they saw info about the 2016 World League’s calendar on the Finnish VF website with no Slovenia on it.

The representatives of Slovenian Federation in the CEV and FIVB didn’t get any explanation for this incident, but the International Volleyball Federation officially announced that Slovenia will participate in the World League, later on.

WC W: Coaches in Tokyo are ready for opening day