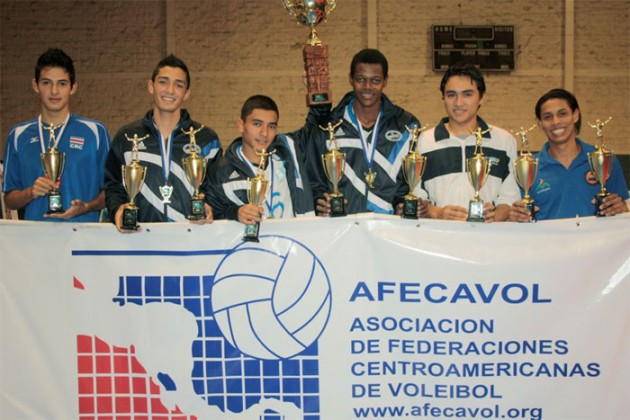 The victory earned Guatemala a ticket to represent Central America in the First U-23 Men’s Pan American Cup to be held in Vancouver, Canada from September 23 to October 1.

Jeyson Flores, selected as Most Valuable Player of the tournament, collected 25 points and Luis García had 12 for Guatemala, a team that didn’t lose a single set during the competition. Ricky Vargas topped Costa Rica with 9 points.

“I am very glad, everything went the way we wanted, we wanted the title and we got it”, Flores said. “We played match by match, point by point, the hard work we did in Guatemala paid its fruits.”

Ricardo Vásquez was the best scorer for the winners with 13 points while Alan Padilla and Jahzeel Yanes contributed 12 and 11 respectively. For Belize, Karym Coleman and Keith Castillo charted 19 and 18 respectively and brothers Jaleel and Iván Lino finished with 15 and 11.

Lester Martínez led Nicaragua with 23 points, followed by Arnaldo Castro with 11. For Panama, Jose Rios had 18 and Jose Gonzalez and Gilmar Fuentes had 13 and 10 respectively.