When the financial situation is poor, some clubs come up with interesting solutions to hire big names despite the crisis. 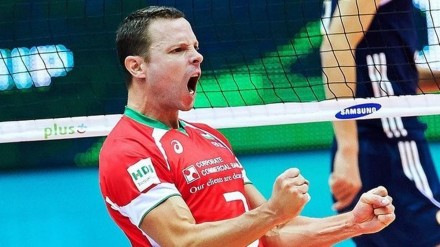 Romanian champions C.V.M. Tomis Constanţa want to extend contract with the setter, Bulgarian Andrey Zhekov, but by paying only the half of his salary on their own. The other half would pay Bulgarian Volleyball Federation!

How? Well, Martin Stoev, the coach of Tomis and the former expert of Bulgarian national team, wants to help Zhekov to play on a high level again.

In the same time, Stoev wants to help his national team to qualify for the Rio Olympics because by playing strong matches in the Champions League, Zhekov will be well prepared for the Olympic Qualifiers in January.

Thus, Stoev urges with the Bulgarian VF to take over half of Zhekov’s salary due to bad financial situation in Tomis.

The Bulgarian VF received a proposal from Tomis and they are considering it.

PHOTO OF THE DAY: Milena Rašić – half tiger half player