China have leapfrogged Brazil into second in the FIVB Senior Women’s World Ranking after their triumph at the 2015 Asian Women’s Volleyball Championship while USA stay top in the latest version of the standings. 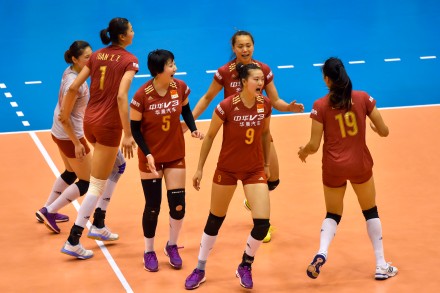 Brazil, despite claiming the gold in the 2015 South American Women’s Volleyball Championship, drop to third with Turkey the only other mover in the top 10, gaining a place to overtake Germany into tenth.

The Netherlands were the biggest winners in the top 20, climbing an impressive four places to 14th after earning a silver medal in front of their home fans at the Women’s European Championship.

Cuba also pulled themselves up six places into 20th, a fourth place-finish at the NORCECA Women’s Championship helping them go ahead of Croatia, who themselves fell a dismal four places.

EYOF W: Serbia and hosts made it...