The 18th edition of the Iranian Super League (established in 1975, but in this format since 1997) starts on Wednesday, October 21 with 12 teams participating in a two round-robin preliminary phase. 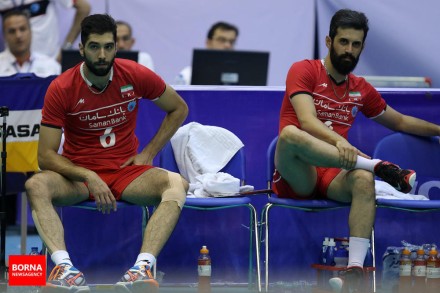 After preliminary phase, eight best teams will qualify into playoff round which will be played until three wins.

Among the participants of this year’s Super League, title holders Paykan Teheran are the most prestigious team. They have 12 titles, 3 silver medals and 3 bronze medals.

Kalleh Sports Club are the second most honorable team among current Super League participants. Last year, they did not play in the Iranian championship because the club owners invested money in the new hall for 10,000 spectators, which is still not finished, but in progress. Kalleh have a seven-medal record, including two gold, one silver and four bronze medals.

As for the ither clubs, Matin Varamin have a new coach, Mohammad Torkashvand ex-player of Iranian national team.

Gohar Kavir Zahedan are newcomers to the Super League, with Asghar Naeeni as the coach. He is one of the three Naeeni brothers who were players of the Iranian national team in recent years. He started his professional career in this club.

Sarmayeh Bank are another rookies to the championship. The famous and experienced Iranian coach Mostafa Karkhaneh is on the helm of the team.

THIS IS NOT REAL! Outstanding kick save from Arkansas player (VIDEO)

Lucas Zygaldo and Ivan borovnjak are both in Sarmayeh VC