A moment before the first volleyball game in London we take a quick look at some of the best teams. 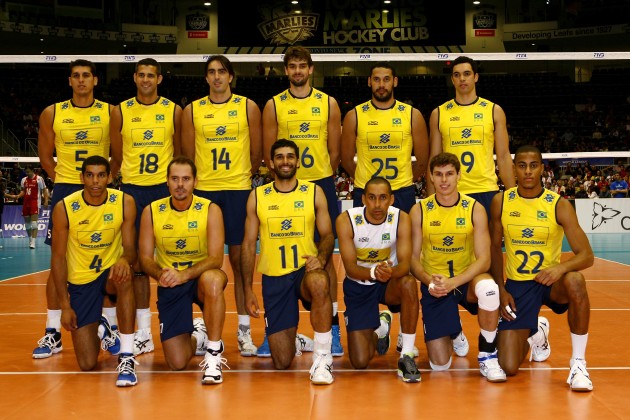 Brazil obviously has been through some problems lately. We could say, that the first visible crack on this perfect Brazilian machine appeared just four years ago during the World League Finals 2008 in Rio de Janeiro. As we remember, that is when USA stopped this impressive series of victories. Americans beat Brazil during the one of the most beautiful games in history and later they won the great final with Serbia.

The chance of revenge came real soon – in Beijing. Brazil was defeated once again and even though they came back with a silver medal of Olympic Games, they considered it as a failure.

In 2009 Brazil restored the World League gold title for two years and in 2010 they won the World Championship in Italy. A year ago Brazil lost another World League Final (with Russia) and during this season their game was not enough even for semifinals. They joined Final Six as the best second team of all the groups, but Brazilian quality was seriously damaged. During the international round they lost three times with Poland and once with… Canada! In Sofia they did not win any game (lost games with Cuba and Poland) and Bernardo Rezende had to face a real problem.

Rodrigao said about this bad time: “I think all good changes will eventually come. All our difficulties are caused by this transition of generations which we have right now. After the Olympics many of us will step aside for the younger players. The World League was not good for us, but we are still on the top and we hope for some good results in London.For me, this will be the last tournament in the national team of Brazil.“

He is not the only one with those plans. Giba also claimed that this is the last season for him as a Brazilian representative and capitan. However, it can be a problem even with lasting that long for this great star of volleyball. Rezende‘s team has some real health issues. Giba and Murillo are struggling with injuries and Vissotto just came from the long break. Bernardinho had to take some precaution. That is why he took… 13 players to England. The “extra” one is Ricardo Lucarelli, 20 years old most talented boy who may be a kind of “insurance” for the biggest volleyball stars on the planet.

Now Brazil is three day before their first meeting. They have an easy start with Tunisia, but they are in this more difficult group with Russia and USA. How far will they go during this Olympics? How will sound this last accord of international career for Giba, Rodrigao and maybe some other top players? It seems like this great tournament will give us an answer – who is the current king of volleyball?  If Brazil gave their crown for good or they suprise the world once again with the Olympic gold? However, even with the bronze medal, it would be the third time in a row for this team to be on the Olympic podium – which would be a historical success.

LUX: CEV supports Ary Graça but to preserve right for independent vote of its members