Costa Rica beat Nicaragua 3-0 (25-17, 25-21, 25-16) in the second day of action of NORCECA Men’s Pool H towards the 2014 World Championship in Poland. The victory means Costa Rica qualified to the second round of the eliminatory and the other ticket is for Guatemala. The third spot will be disputed by Nicaragua and Belize. 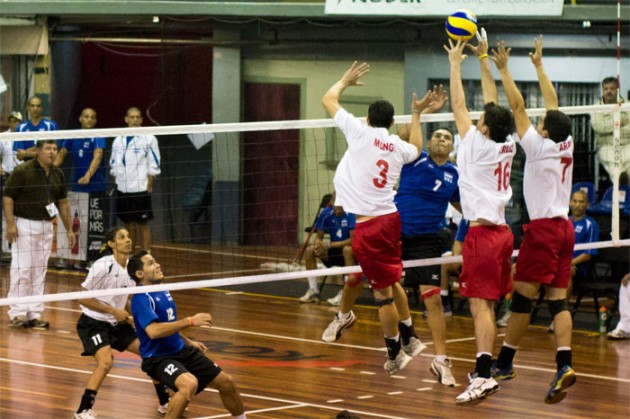 Costa Rica’s Richard Smith was the top scorer of the match with 22 points followed by team mates Bryan Monge with 11 and Jeffry Calderon with 7. For Nicaragua, Tito Valdivia and David Mayorga had six points apiece.

“The match was the same way we expected because Costa Rica are a very strong team and always come to play with all. Regarding my team I think we lacked more consistency. We were able to increase the level for moments but couldn’t keep it the whole match”, Nicaragua’s Captain Jorge Toledo said.

Then he added: “Tomorrow we play for the qualification, which is the most important thing in this event so that will be our final. I am confident of our team and I think we will achieve it.”

Costa Rica’s Captain Richard Smith said: “It was a beautiful match, interesting. We know the resiliency of the team of Nicaragua so we didn’t relax because in that case they would raise their game and could hurt us. Being at home we are favorites and hope to win.”

Nicaragua’s coach Lester Martinez said: “Costa Rica is very strong in the zone and they are always on the podium. Our team improved. I feel easy with that and tomorrow we are going to battle our best. It is going to be a match of hearts out, looking to qualify, that’s why we are here for.”

Costa Rica’s Cesar Salas pointed out: “My team played solid in the first set and made many mistakes in the second. Nicaragua fought very well and we started to fail. It was the pressure we needed to prepare against Guatemala. In the third set we were able to control. It was fast and easy. Everything worked as we’ve talked and now here we go after the first place.”