IRN M: Cichello – “It’s an honor to be Lozano’s assistant”

Juan Manuel Cichello will try to help Iran to fulfil the biggest goal ever of this team - to reach Rio Olympics. 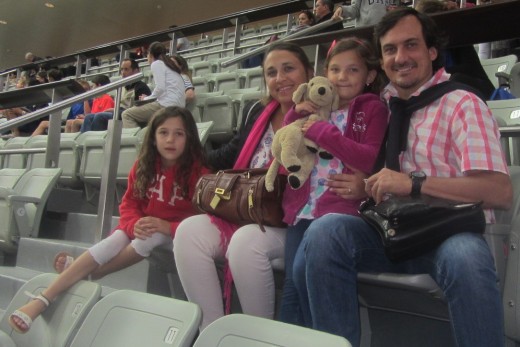 You get the opportunity to work in Iran again.

“Iran called me again to help them to reach the dream to be at the next Olympic Games and it is a mutual dream for me and Iran volleyball. It is really a sweet dream for anyone in sport .This dream keeps my mind busy and it is the principal reason for coming back to Iran. All of us jointly would try to do our maximum to help the volleyball of Iran and wish this dream to come true. All of us are well aware that it is a very difficult task. Because the other teams also want to be there, some teams like Japan and Australia already beat Iran during the last season, I really believe that the Iranian players will be ready to continue improving, they will be ready to arrive there in a good shape…”

Are you looking forward to the new challenges with coach Raul Lozano?

“I have never worked with him. I could say that I admire him. He is a very good coach, very close friend to Velasco, from the same city of him. It doesn´t mean that they are same, because nobody exactly can be the same, even the twin brothers, But I think he can help Iran to reach this very important dream. It is an honor for me to be his assistant, as I told before I can learn a lot from him, while we will do our best to achieve this DREAM.”

About rivals of Iran at the Olympic qualification tournament:

“I was in Berlin with Mr. Lozano for watching the games and analyzing the teams at European Olympic qualification tournament. The tournament finished, now we know which teams are our opponents.  In my opinion results of that tournament was very important for us. During the World qualification tournament we will play against champions such as Poland, Champion of the World in 2014, with France the champion of world league in 2015 and with Japan champion of Asia in 2015. Therefore, we are going to have hard games. For any mistake, we would not have opportunity for compensation. We must perform acceptable performance for getting ticket of the Rio Olympics for the first time and Iran volleyball has merit for it” says Cichello.