The International Volleyball Federation officially opened participation to all National Federation in the CEV Champions League with its new format! 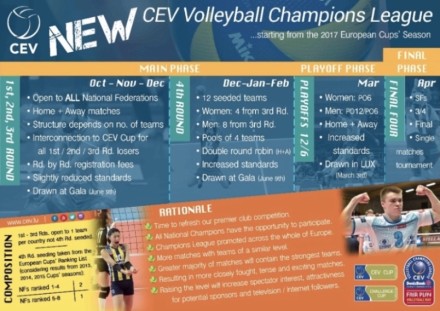 The CEV Board of Administration agreed earlier this month to make revision of the elite club volleyball competition in Europe and now there is the decision when to start with it – in the 2017 edition of the Champion League. Thus, the competition will be promoted all over continent similar to what it looked like 16 years ago when the Champions League was introduced.

For more info on new format of the CEV Champions League go to cev.lu.

Gabi for WoV: “Eczacibasi VitrA is the...