While fans in Korea are eager to see the full list of players who applied for the women’s tryout for 2016/2017 season, several names have been already confirmed. 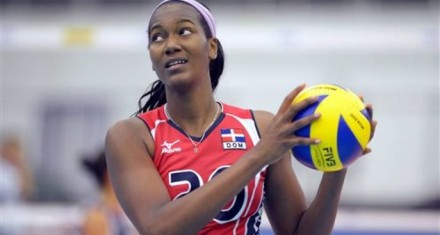 One of the most interesting players is Brayelin Elizabeth Martínez from Dominican Republic. According to her agent, she applied for tryout, but it does not mean she will definitely attend it.

Martínez is one of the most talented players worldwide in the class of 1996, making her debut in senior national team of Dominican Republic at the 2011 World Cup, when she was only 15. With a quite reputation built up in youth categories, she was hired in previous season by Italian team Südtirol Bolzano. Martínez scored 360 points in 24 games in Serie A1 (15 pts. per game).

Besides her, some players who performed in V-League last season also confirmed application for tryout – Hartong, Olgard, Bell and Cikra.

Tryout will be held in Anaheim, California (USA), on April 27-29, and it is expected that Korean Volleyball Federation (KOVO) will announce final list of participants within one or two days at the latest.