Today in Krakow will start the Final Four tournament of the 2016 CEV DenizBank Volleyball Champions League for Men. Hosts Asseco Resovia RZESZOW will open the programme at 16:30 with Russia’s Zenit KAZAN and after we will enjoy in an Italian derby between Trentino Diatec and Cucine Lube CIVITANOVA at 19:30. 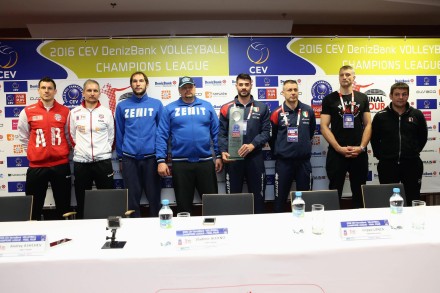 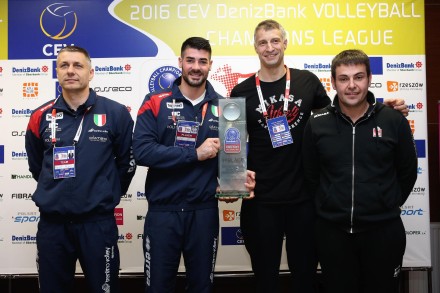 Cucine Lube coach Gianlorenzo Blengini: “We are very happy to be part of the Final Four. We have been fighting as much as we could to be in the last stage of the competition. We got here after a couple of very tough matches against Halkbank ANKARA in the Playoffs 6 and we are happy to be here with another three very strong teams. We are focussing on performing well so we can achieve the best possible result.”

Cucine Lube captain Ivan Miljkovic: “I’m happy to be here especially since it has been 14 years since Lube won the Champions League. I see that the venues are getting bigger and bigger and more people come to watch the competition and so I’m excited about it. My team has been dealing with many problems lately and after a lot of ups and downs we managed to get to the Final Four. It’s a great result for my club but for sure we don’t want to stop here. We are going to face a difficult opponent from Italy in the semis and I hope my teammates will be able to forget last week’s setbacks and focus only on the Champions League, which is one of our main goals this season.”

Diatec Trentino coach Radostin Stoytchev: “I can only agree with the captain and coach of Cucine Lube CIVITANOVA; this is a great result for my team to be among the best four in Europe. TRENTINO is not seen as one of the favourites but this is the part of sport I like the most and we will try to show our best from the sport and human side. Tomorrow we will start from scratch and we will focus on fighting as well as we can.”

Diatec Trentino captain Filippo Lanza: “It’s a real honour to be part of the Final Four, especially when it is organised in Poland where Volleyball is really popular and some kind of a national sport. A big show will be organised for Volleyball fans over the weekend. We made it to Final Four thanks to our determination and we will try to show the same attitude here.” 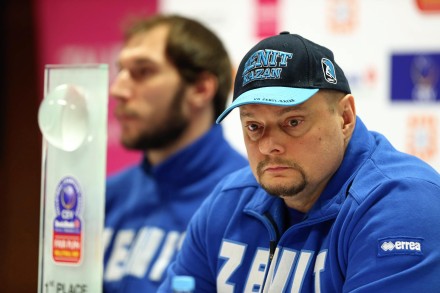 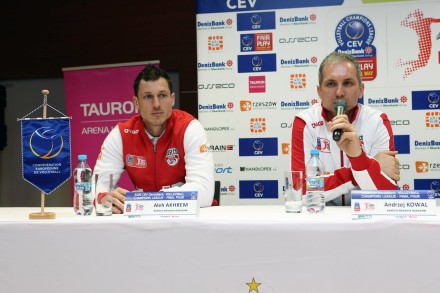 Zenit Kazan coach Vladimir Alekno: “It’s difficult to say something original after what the other coaches and captains already said. My players are in good shape and we will see what will happen in the next couple of days.”

Zenit Kazan captain Andrey Ashchev: “Thank you to all those who contributed to the organisation of the tournament. It’s going to be an exciting tournament and world-class Volleyball will be presented this weekend for sure.”

Asseco Resovia coach Andrzej Kowal: “As the hosting team we have set our expectations high. I think that these teams are the best in Europe and the title can be won by any of them. I won’t be original if I say that we want to play at a high level, because only this way we can finish on Sunday with a great result.”

Asseco Resovia captain Aleh Akhrem: “We are happy that we can be here and I hope we will crown this weekend with gold. I believe we can win with everyone if we show good quality Volleyball. We know that in Poland Volleyball events are organised very well and I would like to thank my club that showed it’s capable of organising high-profile tournaments. I wish all players to stay injury-free during the tournament and a lot of emotions to the fans in attendance!”