Tomis CONSTANTA – Romania’s rookie in the 2013 CEV Volleyball Champions League – recently started the preparations for the upcoming season. The vice-champion of Romania has traveled to Dobrich, Bulgaria, for a first camp and the group will stay there up to the end of this month. 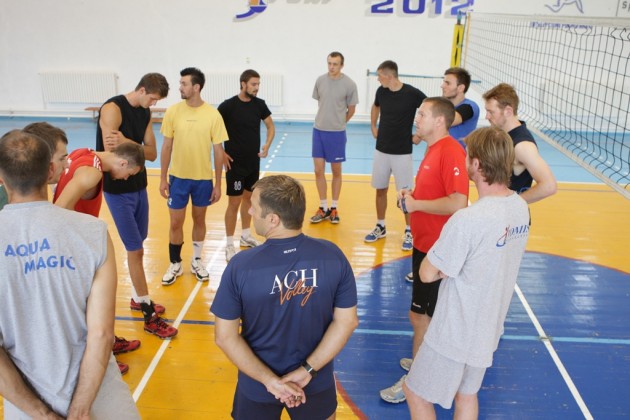 Three players, namely Olli-Pekka Ojansivu (FIN), Marko Bojic (MNE) and Sergiu Stancu (ROU), are missing this first step of the preparations as they are currently busy with their respective national teams that will join the second-round qualifiers for the 2013 CEV Volleyball European Championship slated for early September.

“We have very good conditions for our training here, our team is strong, so we can only prepare as good as we can and get good results. Our group in the Champions League is incredibly strong, with PGE Skra BELCHATOW, Dinamo MOSCOW and Fenerbahce Grundig ISTANBUL. We will try to play well and will fight for every rally. After our preparations in Bulgaria come to a close, we will continue training in Constanta, where we will be joined by Bojic, Ojansivu and Stancu, to finally work with the complete roster” says Slovenian head coach Radovan Gacic.