There are only two days left before the start of 2016 FIVB World Grand Prix – Group 1 where the best 12 national teams in the world will compete for the gold medal and substantial financial reward. It’s time to present the last four remained teams, which will compete in Pool C. 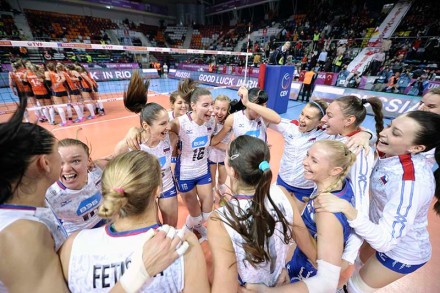 Belgium are rookies, we can freely say, althought this will be their third time to participate in the World Grand Prix, but only second time in Group 1. Their fans still expect them to have some significat role in the tournament besides claiming 10th place in 2015 when they were promoted to Group 1 after winning Group 2 in 2014.

The Netherlands are back to Group 1 after finishing the best in Group 2 in 2015. Since the last decade has been very fruitful for the Dutch ladies (two silver medals at the continental championship), they are certainly major candidates to repeat the success from 2007 World Grand Prix and take the gold medal again. Especially as they have an incredible expert like Giovanni Gudetti on their bench.

Russia, worldwide giants of all time with 13 medals at the World Grand Prix (3 gold, 6 silver – including 2015 and 4 bronze medals), are the team to put your money on to win the tournament. Especially as they did it last time 14 years ago! Despite playing without Ekaterina Gamova (retired from NT), they are probably the favorites No. 1.

Turkey are among the newest contestants of the World Grand Prix with five participations so far, but with not such a respectable output – only one medal (bronze in 2012) and many low rankings. Since they will not take part at 2016 Olympic Games in Rio, the will certainly take advantage of the World Grand Prix to acomplish something big this year.