Puerto Rico recovered from its first loss at the NORCECA Men’s Junior Continental Championship with a 25-16, 25-16, 25-11 victory over Honduras Thursday afternoon in the quarterfinal round at the U.S. Olympic Training Center in Colorado Springs, Colo. 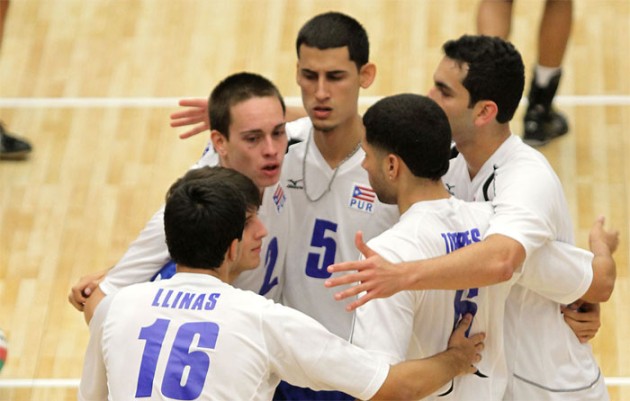 Puerto Rico advances to the semifinals, while Honduras falls into the classification 5-8 round starting on Friday.

Puerto Rico was led by its captain Cristian Rivera, who totaled 11 points with four blocks in two sets of action. Giovanni Llinas charted nine points in the victory.

Puerto Rico won the battle at the net with a 10-4 margin and 44-23 kill advantage. In addition, they out-served Honduras with a 6-0 advantage.

“I am really happy with the result today and look forward to our next match,” Puerto Rico captain Cristian Rivera said. “We played a steady match today. Honduras showed some good moments in the match and potential for the future.”

“Congratulations to Honduras for a good match today,” Puerto Rico head coach Ramon Hernandez said. “They have had a great tournament, and unfortunately they lost a key component to the team a couple days ago due to injury. Puerto Rico played consistent throughout the match, and now we will prepare for the semifinals knowing it will be a tough match regardless who we play. Our want to continue to be get better with each match to achieve our goal.”

“I want to congratulate Puerto Rico for its pass into the semifinals,” Honduras head coach Rony Martinez said. “Our team continues to have a lack of attitude. We knew it would be a tough match against Puerto Rico. I think we could have done better.”

“Congratulations to Puerto Rico for today victory,” Honduras captain Ricardo Vasquez said. “We had a little lack of attitude today. We had a few good moments, but we could not play consistent. We tried our best, and now we are looking forward to our next match.”