EC M: Belgium confronted with tough opponents along the way to European Champs final round

As the country is going to play host this coming weekend to a qualifying round for the 2013 CEV Volleyball European Championship – Men, the expectations in Belgium are really high. 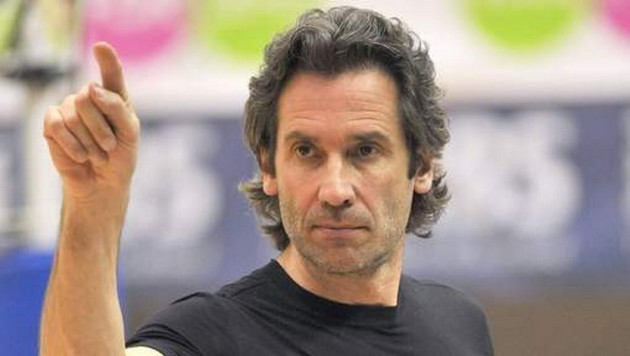 The national team has claimed 17 out of 18 matches played in preparation for this tournament, by edging three times Great Britain, Tunisia, Greece, Sweden and Latvia, and losing only one – out of three – matches with Portugal at the tie-break. Still head coach Dominique Baeyens (pictured) prefers to be down-to-earth.

“By winning the last two matches with Latvia at the tie-break, we proved that our physical condition is good and we can play three matches in three days. But it is not good to need a tie-break to beat Latvia; even though I respect them, they surely aren’t a top team. After all these friendly matches, the players are waiting for the real competition and maybe they were not 100% focused as they played Latvia”.

Baeyens, who coached for a long time top club Knack ROESELARE, knows that there are no secrets in top Volleyball. “Everyone is scouting everyone and we know that Israel can be a very dangerous outsider. We shall not let them find their way into the game. The second match of the opening day in Kortrijk features the Netherlands and Estonia. I do not know who is stronger, as the Dutch booked their spot for the World League this past weekend and they are in a winning mood. Our game against the Netherlands will be special because they have many players that are competing in our national league, like Jelte Maan in Maaseik, Tony Krolis who used to play in Antwerp and Lennik, and their libero Gijs Jorna. Estonia beat the Netherlands in the last round to qualify for the 2011 European Championship and they are strong and well organized. Since they organize the second round robin, this means they are very ambitious and want to get to the final round. The drawing was not good for our country because I see other groups that are a lot easier”.

Belgium has nevertheless worked well in recent years with players coming from the Volleyball school in Vilvoorde having made it to some strong teams and the bronze medal – the first in history – claimed by the juniors last Sunday in Gdynia is also a positive signal. “Our players are good but for example not as experienced as those from Estonia. Young players are taking more and more responsibility in the group and these matches will make them develop even more. We have tested different line-ups in the past weeks and this can be a good option. Probably we will have to wait for the last set played in Estonia to know the name of the team qualified for the final round. We will start by fighting for every point in Kortrijk in front of our fans” concludes Baeyens.

AVC M: Japan thrash Myanmar in straight sets for a perfect run in Pool A