Japan overwhelmed Chinese Taipei in straight sets (25-17, 25-15, 25-17) at the semi-finals for 5th-8th place of the 3rd AVC Cup for Women at the Baluan Sholak Sport and Culture Palace on Saturday. 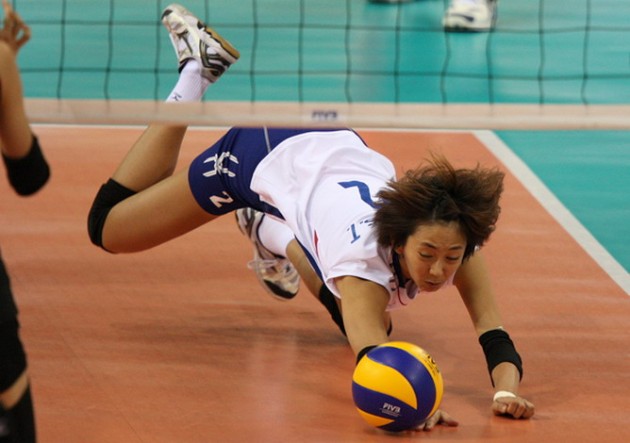 Japan were unstoppable to be repulsed by their adversary – barely breaking into sweat – sending powerful spikes and applying excellent digs to counter the Chinese Taipei attack. Japan level of energy was just too much for Chinese Taipei that they have struggled to create a decent tactic to draw near the Japanese lead.

Saki Minemura steered Japan to bombard the opposing side with attacks. Almost half of Minemura’s total point output of 21 came in the first set where Japan dictated the tempo of the entire match.

While Japan led in all scoring and non-scoring departments, Chinese Taipei had mishaps in digging and reception, which limited the attack opportunities for captain Chen Wan-Ting to run its usually effective offensive game. Chen only managed to score 10 points for her team.