The Major incident took place in Thailand, when a coach raped a 14 year old girl he was coaching. Mr. Somkid raped Ms. Mink in a hotel in Tambon Kookot, Amphur Lamlukka. 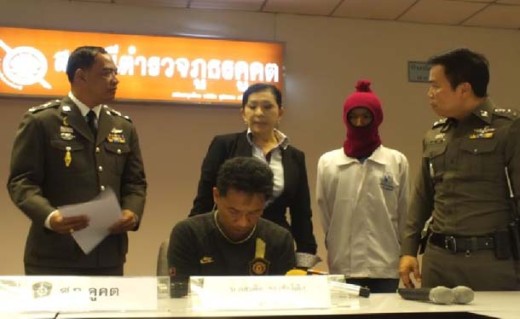 The incident occurred on Wednesday September 19, when Mr. Somkid made a phone call to Ms. Mink and claimed that her friends in the volleyball group could play volleyball very well except for her.

Then Mr. Somkid drove his car to pick up girl Ms. Mink in front of the Lotus store, and took her to a hotel in Tambon Kookot, Amphur Lamlukka. When they arrived at the hotel, Mr. Somkid lured girl Mink to enter into the hotel room by claiming that he will give her a therapeutic sports massage. Ms. Mink didn’t feel suspicious of Mr. Somkid because she respected him as the teacher.

Mr. Somkid massaged Ms. Mink for approximately 5 minutes. Then he played an X-rated movie in the room to watch. Then he raped Ms. Mink. The young girl tried to resist but she could not fight against him. So she was raped by Mr. Somkid until he reached climax.

Later, Mr. Somkid dropped off Mink in front of the soi at the village. He threatened her not to tell anyone, or she will be punished and will not be a volleyball player any more. Afterwards, Ms. Mink told her friend in the same class about the rape, and consulted her on what to do. Her friend then told Ms. Mink’s aunt, “Ms. Joy” (alias) about the rape. The aunt then told Mr. Berd what had happened to his daughter.

So they came to notify the police to prosecute Mr. Somkid at Kookot police station on September 21, 2012. But they were afraid that the suspect will escape, or they might be unable to file charges since the rape was reported late. So they asked for assistance from the Paweena foundation to prosecute the coach.

After his arrest, Mr. Somkid confessed to the rape, and said he had been the volleyball coach at the school for about seven years. He said he would like to accept responsibility and confessed that he had deceived the girl.