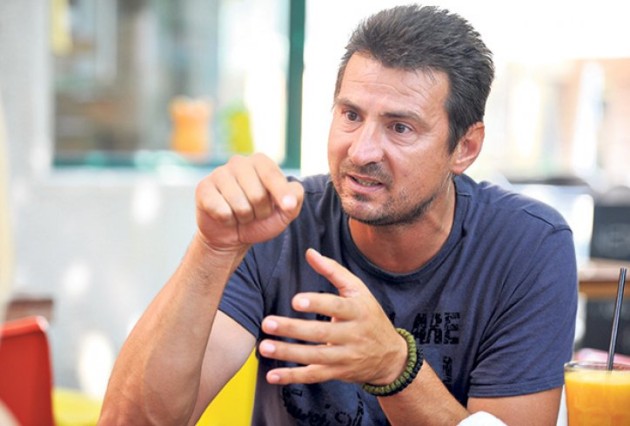 How much do you know Kolakovic and what is your opinion on his appointment as Iran’s head coach?

“I spent some years with Igor. He is a gentleman and very kind person. I think he is exactly the coach that Iranian players need. He is calm and makes players feel confident.” said Grbic.

Julio Velasco is the most popular coach in Iran and many people compare the new head coach with him. Can we compare these two coaches?

“No, they are different. Velasco is a strong name and a great coach but Igor is exactly what Iran needs. Not because he is my friend. Iranian players have everything needed to compete on the highest level. With Igor they should be in condition to do it.”

Serbian coaches are famous for making players. As you know Iran needs new players instead of existing players for 2020. What Igor have to make to achieve that?

“Making good volleyball players is a long process. This is something that should be done for the future. This generation should be used as idols for the next ones. This is how I work in Serbia. Unfortunately I am the only one.“

Can you explain more?

“To convey a passion and knowledge for those kids and to work with them is a mission. Not everyone are capable and willing to share these things with the children. In those eight years as a vice president of the Serbian Volleyball Federation I worked with 12,000 kids. None of my teammates from Sidney or from National team did not take part to do the same.“

What is the difference between Radsostin Stoychev and Igor Kolakovic?

“There is a huge difference between Stoychev and Kolakovic. I did not work with him but from what I have heard they are different.“

You know Iranian players – Saeid Marouf, Seyed Mohammad Mousavi, Shahram Mahmoudi and Adel Gholami. As you know Iran aims a place in the 2020 Olympics semi-final. Is it really necessary to change the players for next three years?

“With new generation it will be a process but remember one thing. Yugoslavia in Atlanta played with a team that almost nobody knew. So everything is possible especially at the Olympics. Iran is a country with a very good volleyball culture and I think they could make it.“

In the second week of World League 2017 Iran will host Serbia in Tehran and Igor will face Nikola (your brother). Who will win?

“I don’t know because I will be at my camp at that moment. I will organize camp for kids in mountain resort. So I will not be able to watch the match,” says Vladimir Grbic at the end of interview.

OHHH …Another knock-out in Serie A1, this time Sokolov vs Torres (VIDEO)