At FIVB World Congress Dr. Ary Graça is elected as the presidency of the world’s governing body, the members of the FIVB Executive Committee and Executive Group was also elected. Read latest volleyball news on Worldofvolley.com. 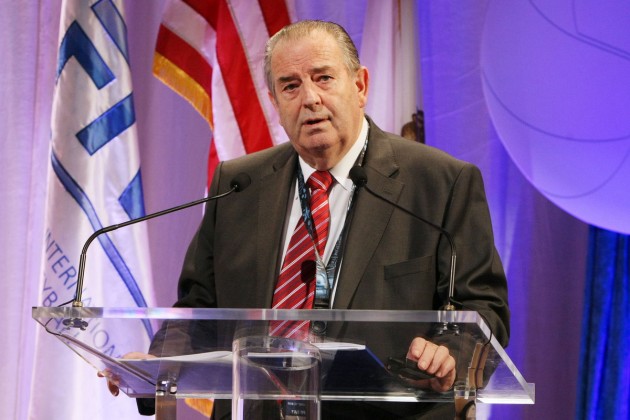 CEV President André Meyer was appointed FIVB 2nd Executive Vice President and remains a member of the FIVB Executive Group. CEV Senior Vice President Aleksandar Boricic (SRB) is Europe’s second representative in the FIVB Executive Committee.
There are also two co-opted members due to the 2014 World Championships, namely Miroslaw Przedpelski (POL) and Carlo Magri (ITA).
The progress and growth of Volleyball and Beach Volleyball in Europe were testified there in Anaheim by the report made by CEV President André Meyer who went through the many pros of the past couple of years, where the sport has significantly developed and terrific figures were registered especially in terms of attendance in the sports halls and TV rates, looking forward to more outstanding results also in the near future, as the Cups season is about to start and next year will see another round of the CEV premiere competition, the European Championship.

EL W: Belgium back on track with...