France’s TOURS VB claimed the Supercup after edging RENNES 3:1. MVP of the Supercup was named David Konecny. Read the latest news from volleyball world on worldofvolley.com. 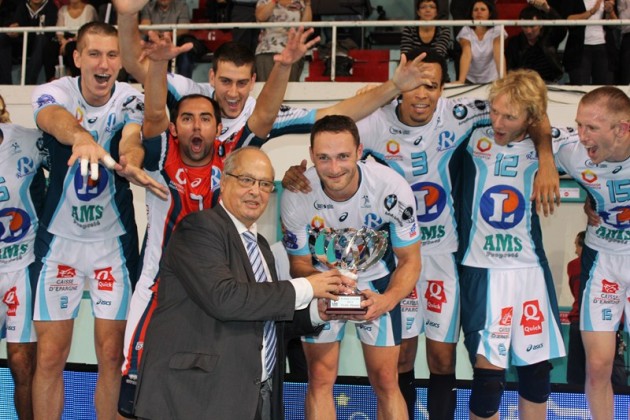 RENNES actually started out really strong by claiming a close first set (30-28) before the home guys could impose their tempo, stepping up the quality of their play to win the next three where they were not confronted with much resistance (25-16, 25-17, 25-16). MVP of the Supercup was named TOURS VB captain, Czech opposite David Konecny, who scored a total of 25 points.

TOURS VB has slightly changed the roster for the 2012/2013 season by contracting five new players, including the libero.

This is a more than encouraging start of the season for TOURS VB that will play on Saturday its first match of the national league by playing host to their opponents of CHAUMONT. In conjunction with this game, the club will also organize a press conference to officially introduce to the media the upcoming campaign in the 2013 CEV Volleyball Champions League.