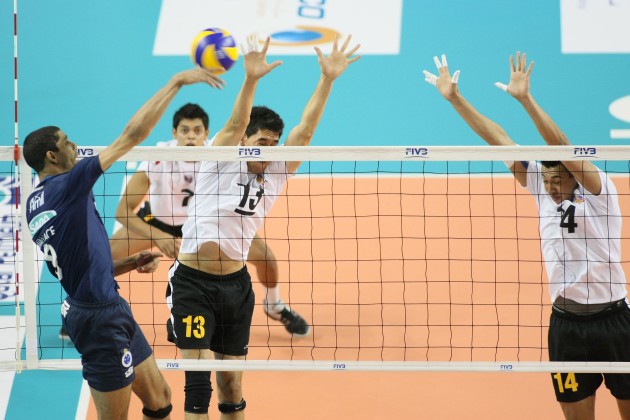 The winners held a 5-1 difference in blocks and also bested their opponents in service aces 7-3.

Samuel Córdova and Jesús Valdes each totaled 8 points for the defeated side while Juan Virgen finished with seven points.

Spike and block by Borges sandwiched around three opponent errors gave Sada Cruzeiro an early 5-0 lead. Walker continued with a bomb from the right side. Valdez scored the first point for the Mexicans but Cordeiro scored twice for an 8-3 advantage. An ace by Cordova cut the distance to 8-5.  Leal scored twice for a 12-6 and the South Americans arrived into the second pause in front 16-8 following two furious spikes by Souza. Tigres reacted with an ace by Valdes and Virgen’spike. Sada Cruzeiro recovered the eight-point lead (20-12) after an errant spike of Valdes and Leal smash down the middle. Sanchez landed a cross-court from the right side to close the set 25-17.

The tandem of Borges and Souza gave Sada Cruzeiro a 5-2 lead in the early going of the second set. At 6-3 Borges scored an ace and followed with an erratic serve. The Brazilians led 8-4 with a massive kill by Cordeiro down the middle. At 9-5 Souza served two consecutive winners for a six-point margin. Sada Cruzeiro led 16-10 at the second technical stop following a blast by Souza. Tigres’coach Azair called a time-out with the score reading 18-10 and Virgen responded with a massive spike when play resumed. At 22-11, Virgen scored again for the Mexican side but Ferraz answered back. Ferraz closed with a lightning ace for a 25-13 score.

The Brazilians opened an 8-5 gap in the early part of the third set. Valdes cut the deficit to 8-6 with a massive spike but Cordova’s attack went long. It was Valdes marking again for the Mexicans but Leal scored with a tip followed by a smash by Cordeiro. At 13-8, Virgen scored again and the spike of Sanchez touched the antenna for the Brazilian side. When the second technical time-out arrived, Sada Cruzeiro was leading 16-11. Virgen and Cordeiro traded hits at 20-15 and finally the Brazilian side won 25-28.

One of the best actions in Baltic...

Why do you even try to block...